Meet the Deaf-Blind Lawyer Fighting For People With Disabilities 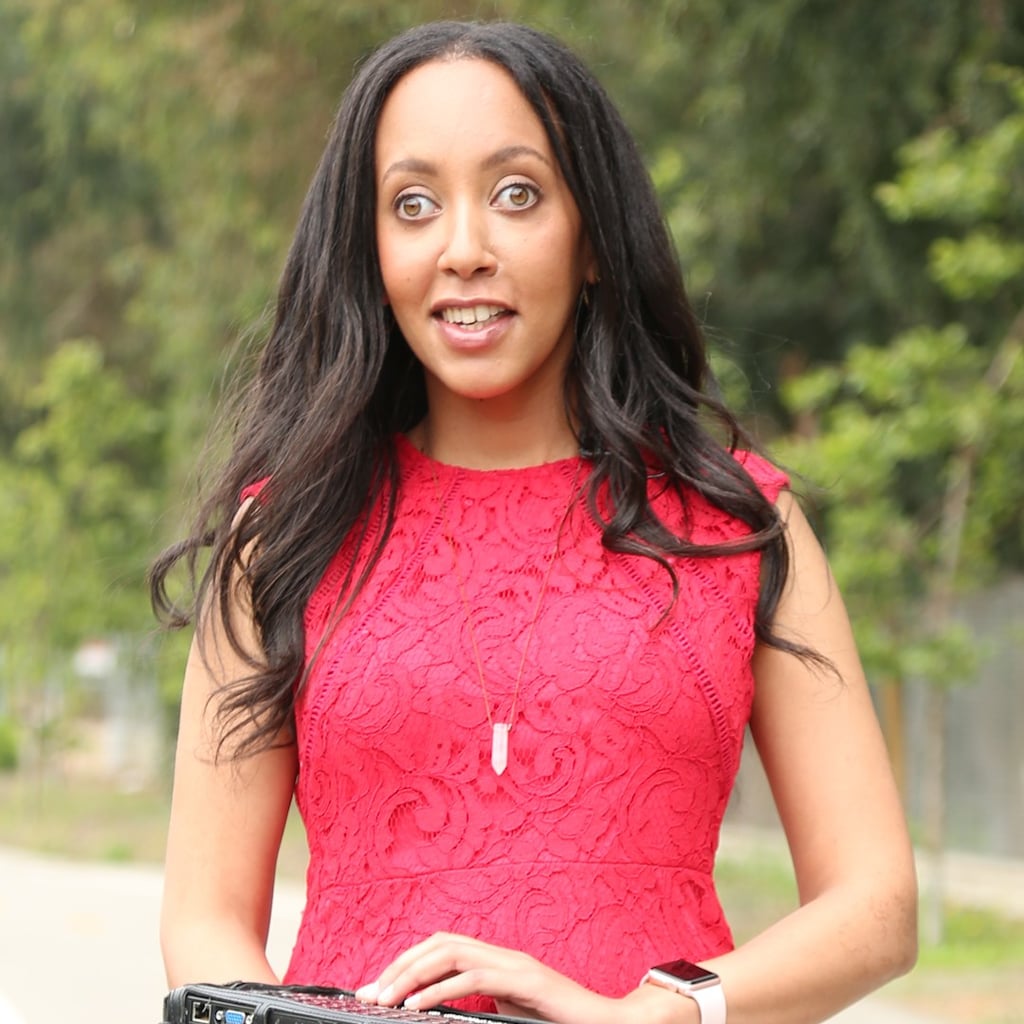 It's easy to forget how inaccessible our world is to anyone with limited vision or hearing. Even something as simple as watching a Facebook video is a challenge due to access barriers. Haben Girma is fighting to change that.

Below is a transcript of Haben's interview so that it's accessible to everyone.

Video: Haben sits on a couch

Haben: Deaf-blindness is a rare disability, so most of the time I'm the first person in a certain situation. So I'm used to being a pioneer.

Video: Haben sits on a couch

Haben: A lot of my friends know better than to tell me that I can't do something because that's actually encouragement to try to find a solution

Video: In the first shot, Haben communicates via sign language with a student. In the next four shots, she surfs, dances, skis, and scales a building.

Graphic: Haben Girma was born deaf-blind, meaning she has limited hearing and vision

But that hasn't stopped her from surfing, dancing, skiing, and even scaling a building

Haben: When I was in school, I had a teacher who trained me how to travel as a blind person

Video: A bus drives down the street

Haben: I remember one of the lessons, she intentionally had me miss my stop so that I could learn how to problem-solve when things go wrong

Graphic: But not all students are so lucky

Haben: Many students with disabilities don't have access to information when they're in school

Video: Close-up of a hand reading Braille on a keyboard

Video: In the first shot, Haben uses her Braille keyboard. In the second shot, a hearing aid is placed in a woman's ear.

Graphic: Thanks to assistive technology, deaf-blind individuals have various ways to communicate

Video: Haben sits on a couch, talking. We see sporadic shots of her using her Braille keyboard.

Haben: Deaf-blindness is a spectrum. There are people with limited vision and limited hearing, and we use a variety of different communication styles: sign language, print on palm. What I use primarily is a keyboard and digital Braille display - so people will type on a wireless keyboard, and I'll read in digital Braille.

Video: President Barack Obama communicates with Haben via keyboard, and they shake hands

Haben: Hello. It's good to meet you!

Graphic: Haben also has her trusty guide dog, Maxine, by her side

Video: Haben stands outside in front of a leafy wall, talking

Haben: Her job is to navigate around obstacles

Video: Maxine guides Haben around a trailer hitch and then walks with her down a street

Haben: I make the decisions, and she follows me

Video: Image of Haben in a graduation gown speaking at a university, followed by an image of Haben paddleboarding across a body of water

Graphic: Early on, Haben quickly learned to be her own biggest advocate

Haben: When I was young, I had to teach people what I need, and that process helped me build up self-advocacy skills

Haben: There was one incident when I was in college. The college cafeteria would provide menus only in print, and blind students couldn't access the menu.

Graphic: Haben asked the cafeteria manager to provide an accessible menu, but her request was brushed off

Video: Haben sits on a couch, talking, followed by a shot of Haben on a laptop in the park, researching

Haben: Later, I did research. I learned that I have a right to information, and I returned to the cafeteria manager and explained, "I'm actually not asking for favors. I'm asking you to comply with the Americans With Disabilities Act."

Video: Time-lapse shots of people walking through a crowded street, a busy city intersection, and traffic on the freeway

Graphic: The Americans With Disabilities Act, passed in 1990, prohibits discrimination based on disability in all areas of public life

Haben: It changed the whole culture in the cafeteria. They started providing menus in accessible formats. And that taught me that if I advocate for myself, I change the community.

Video: Haben, in a graduation gown, poses with her diploma at her graduation from Harvard Law School

Graphic: That self-advocacy led her to become the first deaf-blind graduate of Harvard Law School

Haben: Harvard told me, "We've never had a deaf-blind student before." And I told Harvard, "I've never been to Harvard Law School before." We didn't have all the answers, but we pioneered our way using assistive technology and high expectations.

As a disability rights lawyer, Haben is devoted to breaking down societal barriers to people with all forms of disabilities

Haben: Disability is never the barrier. It's the environment that's the barrier. A lot of barriers right now are digital.

Video: A woman types on a computer

Haben: The vast majority of websites have access barriers

Haben: Sometimes I'm shopping online and the technology I use, a screen reader, can't figure out what's on the screen. That's a barrier.

Video: Haben speaks at a conference, instructing the audience

Haben: So let's focus on changing society and removing the barriers, rather than putting pressure on people with disabilities to change how they are

Video: Images of Haben greeting people and shaking their hands

Graphic: So what can nondisabled people do to encourage equal access?

Haben: Everybody plays a role in making our community more inclusive. Look around you.

Video: A man in a wheelchair wheels himself down the street

Haben: Are there barriers for wheelchair users?

Haben: Are there communication barriers for individuals who are deaf?

Haben: Are there print barriers for individuals who are blind?

Haben: Once you identify those barriers, look for ways to make them more inclusive

Haben: We all have challenges in different forms, and it's beautiful to find solutions and make it through these challenges