Exclusive: Joshua Bassett and Olivia Rodrigo Perform "Just For a Moment" Live For the First Time 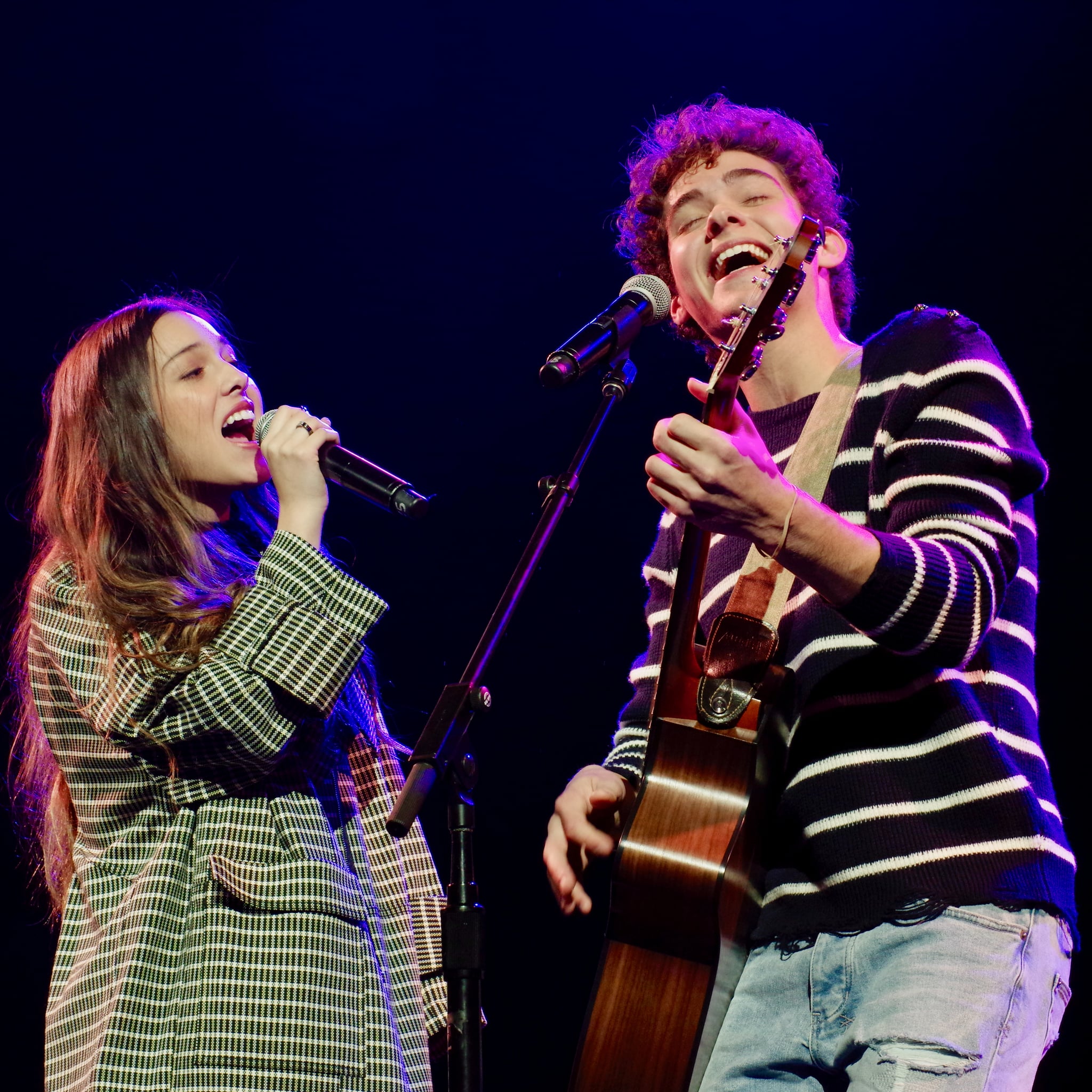 Joshua Bassett and Olivia Rodrigo gave fans a sweet treat when they appeared at the Junior Theater Festival in Atlanta this past weekend, and POPSUGAR has an exclusive behind-the-scenes look at all the fun. In addition to participating in a panel with High School Musical: The Musical: The Series creator Tim Federle, the costars performed their hit song "Just For a Moment" live for the very first time. Naturally, the performance was a huge hit with fans, who could be seen singing along in the crowd. "I was just thinking about us writing it and now we're performing it to all these people who are singing along and held their flashlights up in the air," Rodrigo said about performing the song she cowrote with Bassett. "That was just surreal. That's the coolest thing ever to know that something that we made has made an impact on other people."

The Disney+ series has gained a huge following since it first premiered in November 2019, and we have a feeling it's only going to get bigger from here. The cast is set to start filming the second season sometime in February. Though the show is saying goodbye to its Wildcat roots for the upcoming season, we're sure there will be plenty of exciting musical numbers to look forward to.